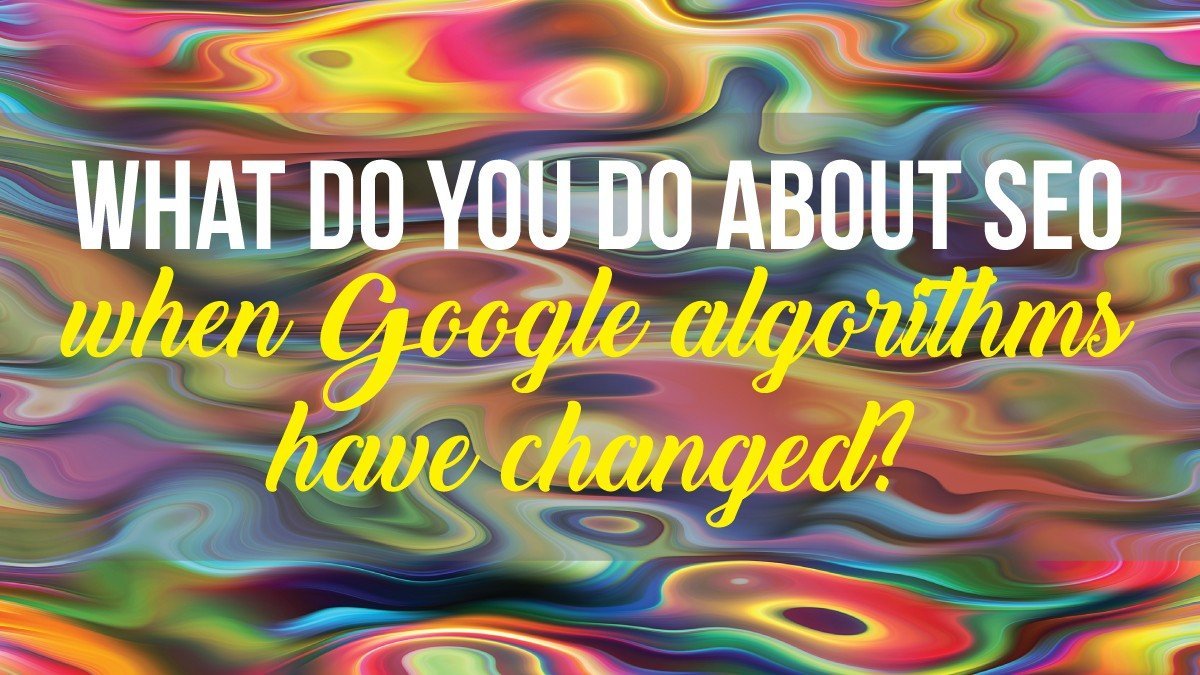 Over the last few years, many business owners have been pretty confused about how to tackle online marketing — and we’re not surprised. The average business owner faces a real uphill battle in understanding how quickly changing Google algorithms have affected page ranking and visibility for online efforts.

Google’s algorithm changes started early on with updates like Cassandra and Dominic early in 2003, but didn’t get a lot of media attention until much later. When Google instituted the Panda algorithm in February of 2011, lots of marketers and others noticed. In fact, the set of animal and bird named updates that went on through 2011 through 2014 have been some of the most famous changes that Google has made — some of them characterized as ‘crackdowns’ on prior marketing practices.

In addition, Google promoted positive efforts such as the use of rich media, data and profile integration, the promotion of recent content, website security, and indexing systems.

In a very general sense, Google told businesses that they couldn’t expect to get good rankings just by throwing keywords everywhere in text and metadata. Along the timeline of changes that Google put in place, one big thing that was stressed was the need for organic SEO or keyword and linking use that makes sense to the reader, not just to a web crawler. Trying to game the system with keyword use became known as a ‘black hat tactic’ that was considered off-bounds by Google and the rest of the conscientious online marketing world.

Toward a Diverse and Mobile-Friendly Future

Another big change was a move toward mobile-friendly web design.

When you ask what you can do to boost results in a new Google environment, a major part of that is making your website responses mobile-friendly. Another major plank in the platform is to create thoughtful, authentically profound content in your industries or markets, to organically attract readers and make your site more of a real resource for the community.

That’s the take away for a lot of marketers — adding good content and mobile functionality to a site. Of course, there is more to it than that, but that really gets to addressing some of these Google changes in a nutshell. Google wants to see businesses that are dedicated to really offering Web users something they can use, whether it’s a relatable narrative, a data-rich virtual tour of a business, or other valuable resources that don’t include clickbait, ad-heavy landing pages and empty, dense paragraphs of text filled with random keywords.

Want to know more about what works with modern day SEO? Talk to WebSubstance. We help our clients to conquer the new landscape of Internet and SEO environments. Go to market with a state-of-the-art web footprint and let a professional firm guide you toward the results that you need to increase market share and boost up your top-line.